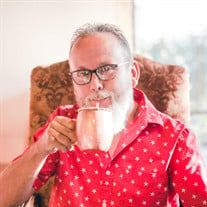 Archie Meriel Asher Jr. On Monday, March 7th, 2022, Archie Meriel Asher Jr. passed away at the age of 66 at the Texas Vista Medical Center in San Antonio. He was the loving husband to Velma Loanna Pena and the father of two daughters, Carrie and Crystal, and two sons, Casey and Cody, He was born in San Antonio, Texas on October 8th, 1955 to parents Archie Meriel Asher Sr. and Marville Ann Asher and was the eldest brother of Wayne, Gary, Eddie, and Randy Asher He served in the United States Air Force from 1975-79 in Altus, Oklahoma, after which he was discharged with honorable service. He received an Associates degree from St. Philips College during the beginning of his career in the civil service at Kelly AFB. He was as an Electrical Aircraft Mechanic, Supervisor and Work Leader for Kelly AFB, and was later rehired with Boeing Aerospace as an Electrical Aircraft Mechanic. He worked on some of the most impressive aircrafts in the world including: B52, C-17, KC-135, KC-135 Gattam, T-38, the Executive Air Fleet, Air Force One, and the new presidential aircraft. Archie married his high school sweetheart and best friend Velma Loanna Pena from San Antonio where they began to raise their four children. With their sense of adventure and travel, they followed their dream finding peace residing in the country near the city of Natalia, Texas where they continued to raise their children in Devine. He instilled selflessness, warmth, honesty, compassion and diligence to everyone he knew. Archie always found ways to be a kid with a sense of wonder, friendliness, and play. Archie loved nature; working with it, tending to it, and nurturing it. These traits he certainly transferred to his family and friends. He loved fishing, barbecuing, Bluegrass and Rock music, Martial Arts and Western movies, food, drink, laughing (usually all at once in a big “HA!”) and most of all, spending time with his family, of whom he adored. Archie was a man of God, learning and implementing all he could from verses in his bible and attending church. He was poet with an acute sense of contemplation, understanding, and love. Archie has reunited with his late brother Randy and their parents Archie Sr. and Marville. He is now a shepherd of God watching over us and is survived by his wife Velma and their four children: Carrie, Crystal, Casey, and Cody, son-in-law Gilbert, and grandson Kanan, his brothers Wayne (Veronica), Gary and Eddie (Edna), and sisters in law; Verna Linda, Velda Lora, and several nieces and nephews, Amy (Chad), Kimberly (Joey), Robert, Clinton, Kate, Jason (Ashley), Alexander (Godson) and Aric.

The family of Archie Meriel Asher Jr. created this Life Tributes page to make it easy to share your memories.

Send flowers to the Asher family.