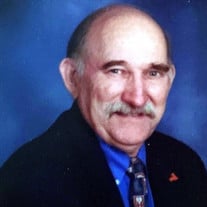 Lt. Colonel Billy Duncan passed away on September 23, 2021 in San Antonio, TX after a brief battle with cancer. Billy was born at Fort Benning, GA on August 12, 1946 to Hiram and Helen Duncan. He was an army brat until his fathers retirement in 1961, living in several locations including Japan. He is a 1964 graduate of Headland H.S. in East Point, GA. He received his Bachelor of Arts in History from North Georgia College in 1968. He was commissioned into the Army as a 2nd Lieutenant immediately following graduation. He attended Airborne school and served with the 82nd Airborne Division. He then attended Ranger school followed by a combat tour in Vietnam from July 4, 1969-July 4, 1970, where he was a platoon leader in the 25th Infantry Division. While stationed at Fort Riley, Kansas he completed his Masters of Science in Adult Education at Kansas State University in 1986. In 1988 he was assigned as the Professor of Military Science at University of Texas at San Antonio. After 25 years of service to his country he retired in 1993. He then worked for the state at Texas Youth Commission as an adult staff trainer for 11 years. He finally retired for good in 2008. He received many awards and decorations throughout his career. Billy was a family man through and through. He met the love of his life, Libby, when he was a Senior at North Georgia. As she was a Freshman when they met they maintained a long distance relationship while he began his Army Career as well as while in Vietnam. He proposed to Libby over the phone from Hong Kong while on R&R. She knew it was coming since she had happened upon a letter written to her father explaining the date Billy would call. The story goes that when the phone rang she jumped over the couch to answer it. Of course she said yes and they were married two months after his return on September 12, 1970. He had two daughters who always knew how much he loved them. They always say that he provided the best childhood you could have. His four grandchildren lit up his life. He was a fierce supporter of his children and grandchildren. He tried to attend as many sporting events, show choir performances, and plays that he could, even though they were in Fort Worth and Indiana. Billy was also a great big brother to his sister Nancy. Being that he was 9 years older he was often the babysitter. She always remembers him taking her to play putt-putt and to see Jerry Lewis movies. She was one of his biggest supporters at his H.S. track meets. He always told her that he could hear her yelling for him on the other side of the track. Billy was an Eagle Scout and a H.S. track star. He broke many school records that stood for years. People have said that watching him run was like watching poetry in motion. He was an avid runner as an adult, completing numerous 10k’s and two marathons. In his later life he traded his running shoes for hiking boots. His goal was to hike the Appalachian Trail with his brother-in-law Alan. They were a few states short. He has been in many bowling leagues throughout his life to include one over the last 15+ years with his sister Nancy. He had a passion for traveling. He and Libby went on multiple cruises with family and friends and traveled to Fort Worth and Indiana often. He is preceded in death by his parents, Hiram and Helen Duncan and his in-laws Francis and Louise Allison. He is survived by his wife of 51 years, Libby Duncan, his two daughters, Mickie (Bryan) Siek and Dee (Jason) Bowman, his 4 grandchildren Jensyn, Duncan, and Aiden Bowman and Eric Siek. His sister Nancy Mason, brother-in-law Alan Allison and numerous nieces and nephews. In lieu of flowers please donate to a charity of your choice in Billy’s name. Billy will truly be missed by family and friends. A visitation will be on October 12, 2021 at 5:00pm -8:00pm at Alamo Funeral Chapels. A Church Funeral Service will take place on October 13, 2021 at 1:30 pm at the University United Methodist Church on 5084 DeZavala Rd. A funeral procession will depart the funeral home on October 14, 2021 at 10:15 am to Fort Sam Houston National Cemetery for an 11:00 am arrival for interment.

Lt. Colonel Billy Duncan passed away on September 23, 2021 in San Antonio, TX after a brief battle with cancer. Billy was born at Fort Benning, GA on August 12, 1946 to Hiram and Helen Duncan. He was an army brat until his fathers retirement... View Obituary & Service Information

The family of Billy A. Duncan created this Life Tributes page to make it easy to share your memories.

Send flowers to the Duncan family.