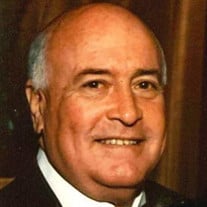 Bob Stuart Carter March 31, 1947 – May 5, 2022 Bob Stuart Carter - A man of joy, love and happiness always, a wonderful friend, a great brother, a dear father, loving grandfather and a fabulous husband. He was known also as “Bobby” to family, to many friends as “Ratso” or “Rizzy” a nickname from the “Midnight Cowboy” then to his precious grandchildren as Papa Rizzy. He was born in San Antonio, March 31, 1947 and died May 5, 2022. He grew up with loving older sisters, Lou Marr (Tucker) and Carolyn (Fischer). Since he came along when they were teenagers, he was easily adopted by all their friends. He became an uncle when he was in first grade. He loved his family deeply and especially his Mom, Leit. His fabulous brothers-in-law Allan Tucker and Georgie Fischer were the ones who truly raised him to be the man he became. He treasured his nephew Mike Fischer and nieces Cary Tucker Biechlin and Leigh Fischer and their friends and now their children and grandchildren, to them he has always been “Bobby”. He gathered many, many friends who loved his joy and laughter. He attended Cambridge Elementary School. He played football and baseball at Alamo Heights High School but also found the sport of chasing pretty girls. He may have lettered in that more than athletics. He attended Texas A&I University and then worked in Canada for an Oil Exploration Company. He had a bit of wanderlust but in his heart, he wanted what his sisters had, children and a good family. In 1972 he married Mary Kaine, who he loved and spoiled for over 52 years as well as his children Stuart, Chris (Bingo) and Leita. He taught them the outdoors, hunting, fishing, campfires, and mostly how to be a good friend, love others, be polite, shake hands when you meet someone, and be a good person. He also taught that to many of their friends that stumbled into him as a mentor and guide. He never shied from being in costume and was Santa many times, Clowns and a Bunny, but his favorite was being Pilgrim Father, several years, at the San Antonio Christian school at Thanksgiving for Leita and Bingo. Bob dabbled in many professions from banking to selling concrete. He and Mary had a real estate company (Carter Properties) and he loved running the company especially celebrating anyone’s good day or success or helping someone laugh when they came in crying. Later he bought a franchise called Kabloom. He had a flower shop in Sunset Ridge. This is what he loved the most. He was always a “gift giver”. He loved nothing more than shopping for his four girls, Mary, Leita, Kendra and Kelly at jewelry stores or Julian Gold before birthdays or holidays. It was his joy and McClaine, his granddaughter got added in the moment she was born. He worshipped McClaine but also his grandsons, Brady, Callan and Henry. When they walked in to see him, he would say “hot diggity dog” that became their mutual greeting. He was in the process of making them a putting green in his back yard. Bob was a dear and wonderful man. He never went through a grocery line without finding out if the cashier was having a good day, the same with every waiter in a restaurant. Sometimes it drove his family crazy, but it was Bob. Bob was preceded in death by his parents Bob and Leit Carter, and his sister and brother in-law, Allan and Lou Marr Tucker. He is survived by his sons, their wives, his daughter and four grandchildren. He was proudly a member of the Texas Cavaliers. He was baptized, confirmed, and will be buried at Christ Episcopal Church. This is his spiritual home forever. Donations will be appreciated at Christ Episcopal Church 510 Belknap Place, San Antonio, TX 78212 or the Ecumenical Center at 8310 Ewing Halsell Dr, San Antonio Tx 78229 or any charity of your choice. Services will be at 11:00 AM, Monday, May 16, 2022 Christ Episcopal Church 510 Belknap Place.

The family of Bob Stuart Carter created this Life Tributes page to make it easy to share your memories.

Send flowers to the Carter family.