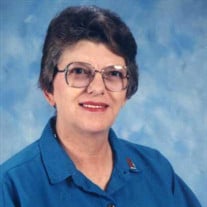 Carolyn Sue (Tolbert) Burgamy, 82, beloved wife, mother and grandmother, left to be with our Lord on September 28, 2021. She joined her late husband, Jeff Burgamy, Jr. to whom she married in July, 1962. Carolyn was born in Albany, Georgia on October 18, 1938 to Louise Jackson Tolbert and Clifford Tolbert. She grew-up in Albany with her younger brother Bill Tolbert, currently of Phenix City, Alabama, spending much of her time playing sports and enjoying outdoor time. Her primary love was playing tennis. She played singles, doubles at a state champion level and also coached youth in the area. Carolyn graduated from Albany High School and went on to attend David Lipscomb College in Nashville, Tennessee, on an academic scholarship, where she earned her Bachelor of Science degree with a minor in teaching. She continued to play competitive tennis in Nashville and intramural basketball. After college, Carolyn moved back to Albany, Georgia where she worked, continued playing and coaching sports. She began dating her future husband in Albany and after marriage, they moved to Westwood, New Jersey where he was stationed by the US Air Force. It was in Westwood that she began her love of formal teaching and coaching. In November, her first child, John Burgamy, III was born and she left teaching to be a stay-at-home mom for her newborn. Several years later, they moved to Lowry Air Force Base in Denver, Colorado where her second child, Sandy Burgamy, was born. Carolyn continued to stay home with her young children for several years. In 1968, the Air Force transferred Carolyn and Jeff to San Antonio, Texas where they bought their first home near Lackland Air Force Base. This house stayed in the family until 2019. While in San Antonio, Carolyn went back to college attending graduate school at Our Lady of the Lake College, earning her Master’s Degree in Psychology. She graduated from OLLC Magna Cum Laude. She did a lot of her internship working with kids with special needs, mainly in the area where she lived. In the early 70’s, Carolyn returned to her love of teaching at Mark Twain Junior High in the San Antonio Independent School District. She loved teaching and coaching at Mark Twain and always went beyond expectations offering programs and coaching on her own time. Towards the late 70’s, Carolyn transferred to Burbank High School where she taught science and health classes and coached track and basketball. She moved in the early 80’s to South San West Campus High School where she continued teaching science, health and coaching basketball. West Campus was also the local school in her neighborhood, so she really enjoyed working with kids from her own neighborhood that she’d watch grow-up with her own kids. She stayed at West Campus for a few years then decided to quit coaching in order to be able to watch her kids play in their own sporting events. She moved to Alan B. Shepard Middle School, right next door and the feeder school to West Campus. She remained at Shepard until her retirement in the mid 90’s. Many of the students she taught at West Campus and Shepard still remain family friends. In between teaching, coaching and raising her family, Carolyn spent many years playing recreational softball and basketball in the San Antonio area. She was a standout athlete in everything she played. Her other love was fishing. Whenever there was an opportunity to get away to the Texas coast for fishing, she and Jeff couldn’t wait to go, sometimes staying a month when schedules would allow. The Burgamy family has many funny “fishing stories” because of the love for fishing initiated by Carolyn. Her family has been known to sometimes jokingly refer to her as the “shark lady”. Carolyn was preceded in death by her parents, Louise and Cliff Tolbert and her husband, Jeff Burgamy, Jr. She leaves behind her two children John (Yvonne) and Sandy, both of San Antonio as well as five grandchildren, Steven Burgamy (Austyn), Ashley Burgamy, Dustin Sims, Kanen Sims, Tyler Burgamy and one great-grandchild, Brooke Burgamy as well as her brother, Bill Tolbert (Sally) and nieces and nephews Donna, Todd, Ty, and Tammy and their families. The family would like to thank extended family, friends and everyone who offered their support these last few years and especially over the last month while Carolyn fought-hard against COVID. Thank you to her long-term doctors, Dr. Denise Tarver and NP Barbara Tuitele, Gonzaba Medical Group for always taking good care of Carolyn, her assisted living caregivers and thank you to Carol Tunsol and her family for years of running errands and lawn care – your help was a huge blessing. Funeral services for Carolyn will be at Ft. Sam Houston National Cemetery, San Antonio, Texas on October 22, 2021 at 1:00 PM. Due to COVID precautions, there will not be a formal visitation, however Brookehill Funeral Home at 711 SE Military Dr. will be open on the 22nd from 8:00 AM – 12:00 PM for private viewing to anyone who wishes to stop-by and pay their respects. The procession will leave Brookehill for Ft. Sam Houston Cemetery at 12:30 PM. In lieu of a formal viewing, a virtual “Celebration of Life” honoring Carolyn is being planned with dates/time to follow. The family would be honored to have your participation for this online event.

Carolyn Sue (Tolbert) Burgamy, 82, beloved wife, mother and grandmother, left to be with our Lord on September 28, 2021. She joined her late husband, Jeff Burgamy, Jr. to whom she married in July, 1962. Carolyn was born in Albany, Georgia... View Obituary & Service Information

The family of Carolyn Sue Burgamy created this Life Tributes page to make it easy to share your memories.

Send flowers to the Burgamy family.