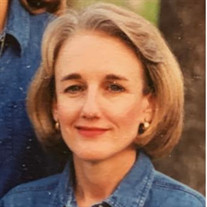 Cathy Alura Herndon lost her battle with cancer on March 15, 2022. She was born April 6, 1953 in Uvalde, Texas to Russell Herndon and Carrie McAdams Herndon. Cathy graduated from Uvalde High School in 1971 and attended Southwest Texas Junior College. She then received her Bachelor’s degree and teaching certificate from University of Houston-Victoria in 1990. Cathy and her family resided in Pearland, Texas from 1993 to 1999 where she was a teacher for the Pearland Independent School District. After leaving the teaching profession, she enjoyed spending time with her father and working on the Herndon sheep and goat ranch near Brackettville, TX. Cathy was a strong, stubborn woman that would do anything for those she cared about. She had a soft spot for animals and always had a dog by her side. Cathy is preceded in death by her father, mother, and brother, Walter Herndon. She is survived by her two daughters Lacy Wilson Jewell and husband Seth Jewell of McDade, Texas and Cara Wilson Rhyne and husband Jason Rhyne of Foristell, Missouri. She is also survived by her five grandchildren: Jenna Jewell, Kenedy Rhyne, Judson Jewell, Rex Rhyne, and Ryker Rhyne, as well as her sister Janice Herndon of West Palm Beach, Florida, and brother Roy Herndon of Knippa, Texas, and many cousins, nieces, and nephews. In lieu of flowers, please consider donating to Heroes for Children. Celebration of Life Saturday April 9, 2022 12:00p-3:00p Sunrise Café 510 West Main Uvalde, Texas

The family of Cathy Alura Herndon created this Life Tributes page to make it easy to share your memories.

Cathy Alura Herndon lost her battle with cancer on March 15,...

Send flowers to the Herndon family.