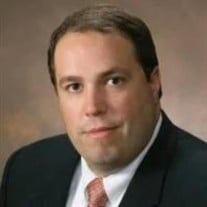 Chadwick Gandy Neely, of Austin, Texas, a loving son, brother, uncle, and friend, passed away on Monday, March 7, 2022. Chad was born in Houston, Texas in 1974. He grew up in San Antonio, Texas, and graduated from Alamo Heights High School. After graduation, Chad attended Virginia Military Institute (VMI) in Lexington, Virginia, where he pursued his love of football, earning a full football scholarship. In 1997, Chad graduated from VMI with a BA in Economics and Business. He was the youngest cadet to receive the Academic Achievement Award in the Economics and Business school. In addition, Chad founded the VMI Texas Investment Club. In 2009, Chad received his MBA from the University of Texas McCombs School of Business. After graduating from VMI, Chad couldn’t wait to move back to his beloved home state of Texas. Chad began his professional career in Austin working at Merrill Lynch. He then moved to Comerica Bank, working in the Technology and Life Sciences group. In 2009, he stepped into the entrepreneur role as Founder and CEO of Wenzel Spine. Named after Chad’s late grandfather, Wenzel Gandy, Wenzel Spine is a medical technology company focused on surgical and diagnostic solutions for the treatment of spinal disorders. He loved his work. The passion he had for business and his team was apparent to all. It is rare to find a leader so embraced by those around him. Over the years, Chad organized and led his friends on adventures around the world that included traveling to and climbing the high-altitude mountains of Aconcagua, Kilimanjaro, Elbrus, Island Peak, and Everest Base Camp. Other adventures included many memorable motorcycle trips to West Texas, which Chad often referred to as his church. In addition to the mountains and motorcycles, Chad was also passionate about his lifetime of family sailboat trips to the Virgin Islands. For Chad, all of the travel and adventure was only half of the fun. The other half was creating Juggernaut Productions to fulfill his love and uncanny skill of making Hollywood quality movies to document each and every trip. These movies have been watched and loved by many. Chad never did anything halfway. He was truly larger than life. Later in life, Chad became a bonafide rock star and played lead guitar in his band Kings of the Nighttime World, where they performed in the corporate Battle of the Bands and headlined his legendary annual Halloween party. The most important things to Chad were his family and his friends. One of his greatest joys was sitting around the fire pit with them at his family’s lake house on Lake LBJ, enjoying a cocktail and sharing stories. Chad was a deeply caring friend, son, brother, and uncle who would do anything for those around him. He loved being “Uncle Chad” to his niece and nephew and dear friends’ children. Chad is survived by his mother Kimberly Gandy Neely, his father Warren Fordtran Neely, his sister Caroline Neely Rose and husband Thomas Walter Rose, his niece Eleanor Grace Rose, his nephew Thomas Neely Rose, his grandmother, Grace Hoffman Gandy, his aunt Karol Gandy Barnhart, uncle Paul Fred Barnhart Jr, cousins Kelly Grace Barnhart and Paul Fred Barnhart III. He is also survived by aunt Geralyn Mary Neely and cousins Melina Elizabeth Neely and Robert Joseph Neely. He was preceded in death by his grandfather, Wenzel Austin Gandy, and grandparents Robert Allen Neely and Eleanor Stein Neely. Chad maintained deep personal connections throughout his life that he would never let fade. Chad was the glue that held the universe together for so many. While unsure how to move forward, we also know Chad would not have wanted us to dwell on his passing. In fact, it might have elicited one of his famous pep talks, instructing us to, instead, raise our glasses and be happy for all that we shared and the memories we will cherish forever. A service to celebrate Chad’s extraordinary life will be held on Wednesday, March 16th at 2:30pm at First Presbyterian Church in San Antonio, Texas. In lieu of flowers, donations can be made to The Leukemia & Lymphoma Society.

Chadwick Gandy Neely, of Austin, Texas, a loving son, brother, uncle, and friend, passed away on Monday, March 7, 2022. Chad was born in Houston, Texas in 1974. He grew up in San Antonio, Texas, and graduated from Alamo Heights High School.... View Obituary & Service Information

The family of Chadwick Gandy Neely created this Life Tributes page to make it easy to share your memories.

Send flowers to the Neely family.