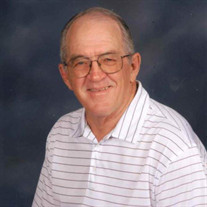 Charles Henry Brayden Sr., born January 28, 1946 in Hammond, Louisiana to Dorothy and Thomas Brayden, passed away October 27, 2021. He is survived by sons Charles Jr. and Jason Brayden, son-in-law Jim Gaines, granddaughters Judith Lane and Jillian Macie Brayden, sister Elaine Gautier of Mt. Pleasant, South Carolina, brother Mark Brayden and sister-in-law Iris of Baton Rouge, brother Robert Brayden of Louisville and aunt Geneva Lane of Hammond, Louisiana. He is also survived by his in laws John Forestier, James and Charlotte Forestier, and Jose and Sara Castillo as well as numerous nieces, nephews and their spouses whom he loved dearly. Charles was preceded in death by his parents, his brother Tom, sister Linda and his beloved wife of 53 years, Esther. After leaving high school Charles enlisted in the United States Air Force. He served our country honorably until he left to begin a long and successful career in the construction equipment field. Along the way he and Esther spent many years volunteering with the St. Gregory’s CYO program as a coach where he and his family formed lifelong friendships with other players and their parents that continue to this day. After he left the construction field, he spent a number of years working with SAISD as a GED instructor. Having earned a GED himself while in the Air Force, he took great pride in his position as role model to others. Several years later Charles realized another goal and became a college graduate earning his degree from UTSA. As a proud Louisianian, Charles was a devoted supporter of his home state LSU Tigers and New Orleans Saints. He was an avid fan of fantasy fiction and making frequent visits to family back home and in South Carolina. He was beloved throughout the community for his love of humor, his generosity of spirit and his capacity for making lasting friendships everywhere he went. He will be missed by so many. Visitation will be held on Wednesday, November 3, 2021 from 6:00 pm to 9:00 pm with a Rosary at 7:00 pm at Mission Park Funeral Home Medical Center. Funeral Services will be on Thursday November 4, 2021 at 10:00 am at St. Gregory the Great Catholic Church with interment to follow at Mission Burial Park North. For personal acknowledgement, you may sign the online guestbook at www.missionparks.com in the Tributes section.

The family of Charles Henry Brayden Sr. created this Life Tributes page to make it easy to share your memories.

Send flowers to the Brayden family.