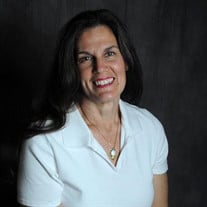 Deborah (Debbie) Kay Hall Bassett, 60, of Leon Valley, Texas, passed away in her home on December 18, 2021, after bravely enduring ALS challenges. Her husband, Craig, and her daughter, Desirae, were at her side. Debbie was born May 16, 1961, at Clark Air Force Base in Angeles, Pampanga, Philippines. She also lived in Virginia, Germany, and Texas as a military child. Debbie graduated from John Marshall High School in 1979. She attended Brigham Young University and earned a Bachelor of Arts in Interior Design in 1983. Debbie married Craig Logan Bassett in 1982, in Los Angeles, California, at The Church of Jesus Christ of Latter-day Saints temple, where they were sealed together for time and all eternity. They settled in San Antonio in 1985. Their only daughter, Desirae, was born in 1985, and she was followed by five brothers, Logan (1986), Cameron (1988), Tyler (1991), Kirk (1993), and Quinton (1995). Tyler, their third son, contracted Group B Strep during his birth and succumbed to the infection seven days later. Debbie's most cherished roles were wife, mother, grandmother, daughter, sister, and friend; she was very active in her church and community. She served in many capacities in her congregation and was the BYU Alumni Representative for the San Antonio area. She volunteered for years as the PTA President at Leon Valley Elementary and Booster Club President for John Marshall High School, where all her children also graduated. Debbie was recently recognized and honored by the staff at John Marshall with a perpetual scholarship in her name for her years of dedicated voluntarism. Debbie was an innovator and entrepreneur; she held one patent, created and ran three businesses, owned and managed three separate fitness franchises and a digital scrapbooking business. Debbie had an adventurous spirit and was able to travel to many places in the world, but her greatest contentment was found in being with her husband, Craig, her children, and her grandchildren. Debbie is survived by her husband of 39 years, Craig Bassett, her daughter, Desirae (Kyle) Young, her sons, Logan (Savanna) Bassett, Cameron (Kristin) Bassett, Kirk (Stephanie) Bassett, and Quinton (Kimber) Bassett, and by her 18 grandchildren. She is also survived by her sisters, Cindi (Laine) Fluekiger, Brandi (Arthur) Johansen, Kathie (Ken) Weir, Beverly (Ken) Quinn, and her brother, John (Isabelle) Hall. Debbie is preceded in death by her son, Tyler Bassett (1991), and her parents, John and Sandra Hall (2013 and 2021). In lieu of flowers, consider donating to The ALS Association. We also request that if you have any memories of Debbie you would like to share with her family, and especially her grandchildren, please send them to [email protected]

Deborah (Debbie) Kay Hall Bassett, 60, of Leon Valley, Texas, passed away in her home on December 18, 2021, after bravely enduring ALS challenges. Her husband, Craig, and her daughter, Desirae, were at her side. Debbie was born May 16, 1961,... View Obituary & Service Information

The family of Deborah (Debbie) Kay Hall Bassett created this Life Tributes page to make it easy to share your memories.