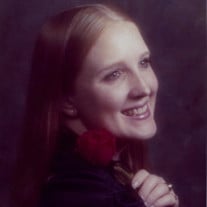 Debra “Debbie” Jo (Salzman) Mahan, 65, went home to be with our Lord on Thursday, September 30, 2021, due to complications from Covid-19 at Houston Medical Center. Debbie was born on June 23, 1956, in San Antonio, TX to the late Clinton George Salzman, Sr., and Mattie (Wiley) Salzman. She attended Highlands High School as a teenager & completed her Associate's degree in Accounting at San Antonio College. She started work as a bookkeeper for a JCPenny Department store, through the DECA program at her high school. She then moved to administration at SE Baptist Hospital & later moved on to Kelly Air Force Base in San Antonio. After working at Kelly AFB for 22 years, the Base Realignment & Closure Commission realigned Kelly AFB & in 1999 she along with her husband & children moved to Kathleen, GA in order for her to continue her Civil Service career at Robins Air Force Base. Debbie retired from Robins AFB in April of 2012. She was a faithful and active charter member of Christ Lutheran Church in Perry, GA. Debbie enjoyed receiving & working with flowers of all kinds (though Gardenia’s ranked as favorite). She would volunteer to help with the Mother’s day corsages or small bouquets for Christ Lutheran almost every year & for many years, during Valentines & Prom season’s, she could be found at Yesterday’s & Tomorrow’s florist until all hours of the night, helping them to make corsages and boutonnieres. In her youth, Debbie was an avid country western dancer, she frequented the Wagon Wheel & Cowboy’s Dance Halls. She enjoyed going out on the boat with her family & friends, as well as water skiing. She & her Mother Mattie enjoyed decorating cakes for different events together & painting ceramics. She enjoyed spending as much time as possible with her family. Later in life, she became an avid fan of the show NCIS & several daytime soaps, often going out of the way to not miss a new episode. Left to cherish her memory are her husband of 37 years, Robert Mahan of Kathleen, GA; daughters: Kimberly Mahan Olson and her husband, Carl Olson of Columbus, GA, and Valerie (Mahan) Clelland and her husband, Bradley Clelland of Perry, GA; grandchildren: Abigail and James Clelland; brother: C. George Salzman, Jr. and his wife Denise (Barnes) Salzman of San Antonio, TX; niece: Natalie (Salzman) Warner and her husband, Steven Warner; nephews: Brandon Mahan, Matthew & Jason Gomez; great-nephew: Gideon Warner; as well as numerous cousins & friends. Visitation with her family and friends in Georgia will be held on Friday, October 8, from 5:00 pm – 7:00 pm EST. Services celebrating her life will be held the following morning Saturday, October 9, at 11:00 am EST, both will be held at Christ Lutheran Church in Perry GA, with Pastor John Lehenbauer officiating. This service will be live-streamed for those unable to attend in person. Visitation with her family and friends in Texas will take place Saturday, October 16, at 12:15 pm CST, followed by an Interment service at 2 pm CST, both will be held at Mission Park Funeral Chapels South, in San Antonio, TX. Any gifts or donations may be addressed to Christ Lutheran Church, 208 Langston Road, Perry, GA or Mission Park Funeral Chapels South, 1700 SE Military Drive, San Antonio, TX. With honor, Burpee-Scott Memorial Chapel & Crematory has been entrusted with arrangements.

The family of Debra "Debbie" Jo Mahan created this Life Tributes page to make it easy to share your memories.

Send flowers to the Mahan family.