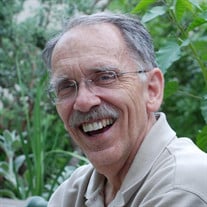 Douglas Ray Haddock passed away at his home in San Antonio, TX on 20 November 2021, after a long battle with Alzheimer’s. Doug was born on 7, April 1942 in Idaho Falls, Idaho as the second child to Ray Haddock and Phyllis Balls Haddock. As a young man Doug was a scratch golfer and contemplated becoming a professional golfer. However, his parents encouraged him to go to college and Doug enrolled at the University of Utah. Doug took a break in the middle of his undergraduate studies to serve a mission for the Church of Jesus Christ of Latter-Day Saints in Finland. During his two-and-a-half-year mission, Doug served as a branch president for 9 months. After returning home from his mission, Doug reluctantly accepted the invitation for a “blind date” with Sharon Miller. Sharon became the love of his life. They were married in the Salt Lake City temple and enjoyed 44 wonderful years together. Doug graduated with honors from the University of Utah for both his undergraduate degree and law school. After law school, he accepted a prestigious clerkship for the Supreme Court of the State of Minnesota. He specialized in property law and drafted laws for the state legislature of Minnesota. While in Minnesota, Doug played a key role in the establishment of the Midwestern School of Law which later became Hamlin University School of Law. In St Paul, Doug and Sharon welcomed their first son, Matthew Brandon Haddock. After 10 years in Minnesota, Doug, Sharon, and Matt sought a warmer climate. Doug was offered a faculty position at St. Mary’s University’s School of Law in 1980. Doug and Sharon loved to travel and during his tenure as a professor for St Mary’s, Doug was sought out to serve visiting professorships throughout the world. This provided opportunities for the family to live in Lexington Virginia, Salt Lake City Utah, Berkeley California, Innsbruck Austria, Malibu California, and St Petersburg Florida. After sharing his expertise for 33 years at St Mary’s, Doug retired in 2013. Perhaps one student summed up Professor Haddock as a professor, he’s the “Bee’s Knees”. Shortly after the move to San Antonio in 1980, Johnathan Douglas Haddock was welcomed into the family. Doug devoted his free time to his kids’ sports, acting in community theatre, and singing with the San Antonio Symphony Mastersingers. Doug volunteered to coach baseball, soccer, and basketball on his sons’ teams through the years. When Johnny made the basketball team for school, Doug received permission to watch practice. Doug would prepare for his law lessons each morning from the gymnasium bleachers while watching practice. As a secret “dad coach”, Doug missed fewer practices than several players that were on the team. Doug himself was the quintessential, ever ready energizer bunny basketball player. He played two to three times a week until his mid 70’s. He was often described as “legendary.” Tragedy struck when Matt died after a battle with Leukemia. He succumbed one month before his 15th birthday in 1990. Sharon and Doug were distraught at the loss of their beloved oldest son. In 2006 Sharon suffered a medical emergency and was in a diabetic coma for almost six months. Doug retired from acting and singing with the Mastersingers and devoted his time to care for his beloved wife. Doug charted and tracked every blood sugar reading as well as every meal and dose of insulin for the rest of her life. With the arrival of Doug’s grandchildren, he was given a new focus on life. The impressive devotion Doug showed as a father was magnified with his grandchildren, Malcolm and Claire. They could do no wrong in his eyes. He would often stop on his way home from work to play with his grandchildren or take them to the park. Everything they did was extraordinary and remarkable in his eyes. With the death of his wife in 2013, his Alzheimer’s symptoms worsened rapidly and Doug spent the last 8 years of his life battling that agonizing decline with the love and support of his son and his family. Doug is survived by his loving son Johnny Haddock, his daughter-in-law Jenie Craig Haddock, his grandson Malcolm Douglas Haddock, his granddaughter Claire Jane Haddock, his sister-in-law Kara Haddock, and many nieces and nephews. He is preceded in death by his parents Ray and Phyllis Haddock, his brother Gary Haddock, sister Mary Ann Smith and her husband Mike Smith and two grandsons, Matthew Johnathan Haddock and William Haddock. On Saturday December 4, 2021 there will be a visitation at Church of Jesus Christ LDS stone oak location at 12:00 pm. A funeral service will follow at 1:00pm. Funeral procession to depart for Interment at Mission North Cemetery at 2:30pm.

Douglas Ray Haddock passed away at his home in San Antonio, TX on 20 November 2021, after a long battle with Alzheimer&#8217;s. Doug was born on 7, April 1942 in Idaho Falls, Idaho as the second child to Ray Haddock and Phyllis Balls Haddock.... View Obituary & Service Information

The family of Douglas Ray Haddock created this Life Tributes page to make it easy to share your memories.

Douglas Ray Haddock passed away at his home in San Antonio, TX...

Send flowers to the Haddock family.