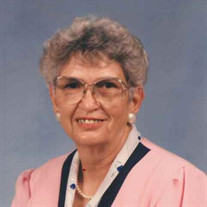 Jeanette Mobley Briscoe Riddell, age 97, of San Antonio, currently living with her daughters in Arlington and College Station, passed away on April 1, 2022. She was surrounded by her loving family. Jeanette was born on December 2, 1924 to Nancy Jane Mobley Briscoe and Glen Harvey Briscoe in Decatur, Georgia. She immediately brought joy and laughter into the world with her happy nature and beautiful singing voice. After graduating from high school, Jeanette worked in Atlanta, Georgia for Southern Bell Telephone Company. Jeanette met Wilbur Carl Riddell while he was attending Georgia Tech in Atlanta. The two became inseparable, attending football games and fraternity parties. Jeanette was known in the fraternity as “Jeanie with the light brown hair”. Jeanette and Carl married during Carl’s junior year at Tech and were happily married for 64 years. They had three children, Nancy Riddell Palmer, Marcia Riddell Luce, Stephen Riddell and deceased twins Molly and Polly Riddell. Jeanette was a wonderfully dedicated mom to all of her children, raising all of them to go on to accomplish great things. Family came first and was above all else to Jeanette, a value she instilled in all those around her. The hole left by her absence will be impossible to fill. Jeanette believed in service to church and community. She was very involved in church and school activities and believed in serving others. She and Carl worked with Meals on Wheels for many years. Jeanette also served as a Girl Scout leader and a trainer to Girl Scout leaders. She also enjoyed working in market research beginning with local jobs in San Antonio and progressing to supervising jobs in several states. Jeanette was predeceased by her parents, her siblings Thomas Briscoe, Sue Briscoe Ross, and Billy Briscoe and her grandchildren Susan Rebecca Palmer and John Robinson Palmer. She is survived by her children; Nancy Riddell Palmer and husband Donald of Arlington, Marcia Riddell Luce and husband Billy of College Station, Stephen Carl Riddell of College Station; grandchildren Paul Palmer, Chris Luce and wife April, Tim Luce, Tony Luce, Ben Luce and wife Rachel. She is also survived by great grandchildren Alyssa Palmer, Sarah and Faith Luce, Logan and Kyler Luce. Memorial donations can be made to Meals on Wheels or to the church or organization of your choice. Graveside Service will begin at 2:00 P.M. on Saturday, April 9, 2022 at Chapel Hill Cemetery, 7735 Gibbs Sprawl Road.

Jeanette Mobley Briscoe Riddell, age 97, of San Antonio, currently living with her daughters in Arlington and College Station, passed away on April 1, 2022. She was surrounded by her loving family. Jeanette was born on December 2, 1924... View Obituary & Service Information

The family of Jeanette Mobley Briscoe Riddell created this Life Tributes page to make it easy to share your memories.

Send flowers to the Riddell family.