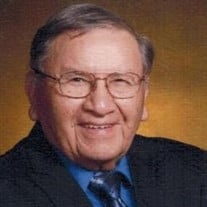 Jesus (Jesse) G. Isaac entered eternal rest on April 24, 2022, at the age of 86. He was born on March 30, 1936, in Banquete, Texas to Jose and Castula (Garcia) Isaac. He is preceded in death by his parents, his beloved wife of over 50 years Pauline Lara Isaac, and his siblings Manuela I. Cuellar, Dora I. Garza, Jose Isaac, Jr., Virginia G. Isaac, and Janie I. Jaime. Jesse is survived by his daughter, Mary Ellen Guerrero (John), his sons, Armando Lara Isaac and Hector Javier Isaac, his sister Diana Navajar (Oscar), and his grandchildren, Jessica Denise Martinez (Miguel) and Hector Javier Isaac, Jr, numerous nieces, nephews, and loving family members and friends. Jesse enjoyed growing up as the youngest in his family but left home to join the Army and serve his country as a tank driver in the Korean conflict. He proudly wore his veteran's baseball cap and would share some of his experiences with his family and friends. After his military service, he returned home to begin his life with Pauline. They were married on August 27, 1961, at St. Anthony Catholic Church in their hometown of Robstown, Texas, and began their life there together. After having three children, Jesse and Pauline decided to move to San Antonio, Texas. Jesse found work with the City of San Antonio Parks and Recreation Department and while continuing to work he studied and earned an Associate Degree in diesel mechanics from St. Phillips College. He was employed with the city for 27 years before retiring. Jesse’s favorite pastimes included taking his wife dancing at the local VFW hall and traveling. He and Pauline enjoyed fishing at the coast. He also enjoyed hunting with his friends and family. When he wasn’t relaxing, he could always be found working on his latest small engine repair projects at home or watching his favorite NFL team, the Dallas Cowboys. Jesse devoted his life to supporting his children. He volunteered as a band booster helping the Highlands High School band transport equipment to the local football games while his children were in high school. He continued volunteering at Holy Name Catholic Church with school needs and fundraisers to support his grandchild’s school. After the passing of his wife in 2012, Jesse continued to support his children and grandchildren as an example of a devoted father and grandfather. He also enjoyed watching old westerns, The Three Stooges, and visiting with friends and family at barbeques. His family is at peace knowing he is in the presence of the Lord and has rejoined his beloved wife and family. Visitation will be held Sunday, May 1, 2022, from 5:00 p.m. - 8:00 p.m. with a rosary to be recited at 6:30 p.m. at Mission Park Funeral Chapels South. A funeral mass will be celebrated on Monday, May 2, 2022, at 9:30 am at Holy Name Catholic Church. Interment will follow in Mission Burial Park South.

The family of Jesus G. Isaac created this Life Tributes page to make it easy to share your memories.

Send flowers to the Isaac family.