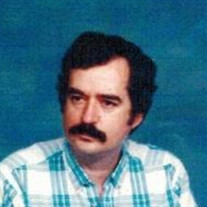 John Anthony Cordaro, beloved husband, father, brother, uncle, and friend entered eternal rest on November 14, 2021 at the age of 72. John was born in Waco, Texas to Joseph and Myrl (Brennan) Cordaro. He is preceded in death by his parents, grandparents, and brother-in-law, Jerry Riley. John is survived by his wife of over 34 years, Estela Nevarez Cordaro; daughter, Samantha Ann Cordaro; brothers, Tom Cordaro (Valerie), Larry Cordaro (Martha), and Mike Cordaro (Claudia); sisters, Ann Cordaro-Connell (Jim) and Mary Cordaro-Riley; and numerous nieces and nephews. John graduated from the University of Texas in 1971. He was a microbiologist at the San Antonio Metro Health Department for 35 years. Because she wanted to honor her brother, his mother selected the name Jack for their son. His father would not agree because it was not the name of a saint. They compromised and named him John, but he was always Jack to the family. His family thought he would probably never get married because he was still single at the age of 38, but he met and married the love of his life, Estela, and had a beautiful daughter, Samantha Ann. John was very proud of his daughter and her many accomplishments. He was also fond of his fur children Disco and Ally. John and Estela loved doing things together like dining out, seeing new movies, and visiting small towns in the area. In addition, he spent a lot of time outside in his yard cultivating his beautiful roses. He also enjoyed listening to the music of Johnny Cash and Queen. He was proud and grateful to belong to a large, close-knit family and liked to be around his brothers and sisters and their families. Family gatherings for Thanksgiving and Christmas, and birthday parties were always important to him. John was an avid sports fan. As a graduate of the University of Texas at Austin, he always supported the Longhorns. In addition, he was a fan of the Dallas Cowboys, Houston Texans, and his beloved Astros. A graveside service for John’s family will be held on Tuesday, November 23, 2021 at 11:00 A.M. at Mission Burial Park South.

John Anthony Cordaro, beloved husband, father, brother, uncle, and friend entered eternal rest on November 14, 2021 at the age of 72. John was born in Waco, Texas to Joseph and Myrl (Brennan) Cordaro. He is preceded in death by his parents,... View Obituary & Service Information

The family of John Anthony Cordaro created this Life Tributes page to make it easy to share your memories.

Send flowers to the Cordaro family.