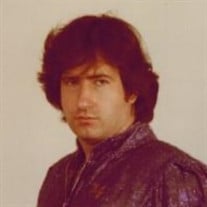 A loving son, brother, uncle and friend, Kenny Johnson went to be with the Lord on March 30, 2022, at the age of 64. He was born on January 28, 1958 in San Antonio, TX. He is preceded in death by his father, Mitchell Johnson, Jr. Kenny is survived by his mother, Alfreda Johnson; siblings, Wayne Latham (Barbara) and Melissa Johnson; nephews, Jason Latham and his wife Jessica and their children, Leah and Lucas, and Justin Latham and his wife Rose and their children Mitchell, Austin and Maddy; cousin, Bryan Jones (Nancy) and other extended family members and friends. Kenny graduated from Central Catholic High School in 1976. Kenny's love of wrestling began when he was very young. It was influenced by his maternal grandmother Grace Jones and his Aunt Diane. His attendance at the "Wrestlethon" matches sparked a love so deep it followed him all his life. It even culminated in a professional career that allowed him to travel the world. This love took him to matches in South Africa, Germany, England, Singapore, and Mexico all multiple times. Kenny started training in 1979 in San Antonio by the legendary Johnny Valentine leading to Dallas with the Von Erichs WCC Wrestling, in addition with Jose Lothario, Joe Blanchard and SWC Wrestling. He was also an independent wrestler with International Championship Wrestling in New England up and down the East Coast. Ken entered the ring against some of the other greatest, Andre, Shawn Michaels, Owen Hart, Bret Hart, Wahoo McDaniel, Tully Blanchard, Muraco, Honky Tonk, Black Jack Mulligan, Rick Martel and the Great Dusty Wolfe (who is also his lifelong friend. Oh, the stories there!!) Many knew him as " Mad Dog " but all remember him as a real, humble guy who was willing to share knowledge and respect with anyone he met.... a really good guy. No one he encountered in his life, professional or private, could say he ever held a grudge. Many say that wherever " Mad Dog" went, there was a story to be told when he left. While still wrestling he also started working with the up and coming young and new wrestlers. This culminated in his training of the great Dusty Wolfe and Shawn Michaels and their entry into the next generation of WWE Champions. On March 31, 2022, Ken "Mad Dog" Johnson was inducted into the Southern Wrestling Hall of Fame. His sister, brother and Mother will miss him so much. God speed Kenny......See you in the ring at the Main Event! Visitation will be on Sunday, April 3, 2022 from 5:00 to 8:00 p.m. with a Rosary to be recited at 6:00 p.m. at Mission Park Funeral Chapels South. Funeral Service will be on Monday, April 4, 2022 at 1:00 p.m. at Mission Park South. Interment to follow at Mission Burial Park South.

A loving son, brother, uncle and friend, Kenny Johnson went to be with the Lord on March 30, 2022, at the age of 64. He was born on January 28, 1958 in San Antonio, TX. He is preceded in death by his father, Mitchell Johnson, Jr. Kenny is survived... View Obituary & Service Information

The family of Kenny Johnson created this Life Tributes page to make it easy to share your memories.

Send flowers to the Johnson family.