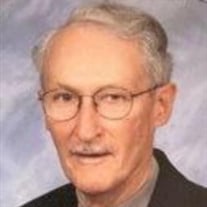 Dr. Col. LeBaron (Lee) William Dennis, MD, Age 90, of Blue Skies of Texas West, San Antonio, TX died on Christmas Eve morning, December 24, 2021, from complications due to Parkinson’s Disease. Lee was outgoing and brilliant and loved being surrounded by friends and family. He was Born July 20, 1931 in Los Angeles, California. He grew up in Beirut, Lebanon, with his parents and brother, where his father taught at the University during WWII. At the close of the war, the family returned to the US and settled in Albany, NY where Lee graduated from High School. After High School, he graduated from Dartmouth and Harvard Medical Schools. Dr. Dennis completed two residencies, one, in plastic surgery and one in wound care. Dr. Dennis served in the United States Air Force Medical Corps as a plastic surgeon and flight surgeon, retiring as a Colonel. Dr. Dennis was recognized for his expertise by becoming Consultant to the USAF Surgeon General on Plastic Surgery and as a guest examiner for the American Board of Plastic Surgery. Dr. Dennis was awarded the Air Force Commendation Medal and the Meritorious Service Medal for his service. In private practice, Lee continued his love of reconstructive surgery and wound care. Lee used his quick wit and keen intellect to tell stories and teach. He particularly loved his time as head of the plastic surgery residency program at Wilford Hall Medical Center. He was published in his specialty and was editor of the Weekly Update: Plastic and Reconstructive Surgery. He served in a variety of community organizations, including being President of the Dover AFB Elementary School PTA. Lee continued to stay current in his chosen profession, sharing information he found in his research with all. He was active in the Parkinson’s Support Group at UT Health Science Center and initiated another support group at Blue Skies. Lee was preceded in death by his parents, a brother Robert Dennis (Terry), and one step daughter, Wendy Buckley (Steve). He is survived by his wife Jean Roempke Willson Dennis, step-daughters Cathy Monkman (Jim) and Connie Tope, sons Ted Dennis (Deborah) and Kyle Dennis, and daughters Sally Amann, Robyn Brito, and Kate Dennis along with numerous grandchildren and great-grandchildren. Memorial gifts to help with awareness and research for Parkinson’s Disease may be made at www.michaeljfox.org or www.parkinson.org. Family will hold a private gathering for remembrance.

The family of Dr. Col. LeBaron (Lee) William Dennis, MD created this Life Tributes page to make it easy to share your memories.