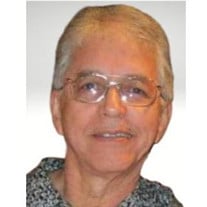 Miguel H. Castro, affectionately known as Mike, passed away peacefully on Sunday, March 13, 2022, and is now reunited with his beloved son, Michael. He leaves behind his loving and devoted wife of 53 years, Linda Fuentes Castro. Born in New Castle, Indiana on September 21, 1946, Mike was the son of Miguel G. and Euralia Castro and was one of 16 siblings. Raised in San Antonio, he spent much of his childhood with his father and siblings working the fields and selling produce, an experience that taught him the value of hard work and shaped his strong work ethic. He graduated from The University of Texas at Austin in 1969 before entering into the Army National Guard where he served his country for six years. With his entrepreneurial spirit and his wife by his side, Mike started their company LNM Office Supply and successfully managed it for 32 years before retiring. He enjoyed his retirement years spending time with his family, especially his grandchildren, tending to his garden, and traveling with his wife. Above all else, Mike will be remembered for his devotion and faith to his Lord Jesus Christ, not only with his words, counsel, and advice, but most of all in his actions. He truly embodied the verse, Matthew 6:3, “But when you give to someone in need, don’t let your left hand know what your right hand is doing.” His many family members and friends all have beautiful stories of how he stepped in during a time of need, and there are likely many more stories of others they will never know of because of his humble spirit. Mike is preceded in death by his son, Miguel A. Castro. He is survived by his wife Linda; his daughters Nicole Ferguson (Linnard) and Melanie Heath (Geremy); his daughter-in-law Camila Castro; his grandchildren Nina Dukes (Myles), Linnard Ferguson IV, and Genesis Castro; and his great-grandchildren Nylo and Aubrey Dukes. Mike will also be forever remembered by his numerous loving relatives and friends. Visitation will be held at Mission Park Funeral Chapels North on Sunday, March 20, at 2:00 p.m. followed by a memorial service at 3 p.m.

Miguel H. Castro, affectionately known as Mike, passed away peacefully on Sunday, March 13, 2022, and is now reunited with his beloved son, Michael. He leaves behind his loving and devoted wife of 53 years, Linda Fuentes Castro. Born in New... View Obituary & Service Information

The family of Miguel H. Castro created this Life Tributes page to make it easy to share your memories.

Send flowers to the Castro family.