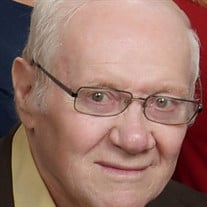 A loving husband, father, grandfather, brother, uncle and friend, Paul Joseph Watren, Sr. went to be with the Lord on February 18, 2022, at the age of 89, in San Antonio, TX. He was born on September 23, 1932 in Dayton, Ohio. He is preceded in death by his late ex-wife, Gaye Stephens; parents, Clarence and Pauline Watren, and sister, Patricia Timmerman and her husband Bud. Paul is survived by his first wife, June Watren; children, Paul Joseph “Joe” Watren, Jr. (Rebecca), Kathryn Elizabeth Watren, Christine Louise Steiber (Joe) and Kelly Marie Todd (Jeffrey); 6 grandchildren, James Kelly Porter (Micah), Nicole Alice Haynes (John), Shane Michael Kraeger (Nazanin), Cory Daniel Kraeger, Kadn Jay Hart (Kelli) and Sierra Rochelle Hart; 6 great-grandchildren, Kaitlin Kraeger, Breanne Kraeger, Noah Kraeger, Liam Kraeger, Finnley Hart, and Enzo Porter; siblings, Mary Prenger (Don) and Thomas Watren (Charlene); nieces and nephews, Matthew, Daniel, Andrew, Barbara, David, Debbie, Gary and Carol; and other extended family members and friends. Paul lived in Dayton, Ohio until he was 8 years old. His father bought a farm in Russia, Ohio where he grew up helping his father work the land and tend to the animals until he joined the Armed Forces. After serving his country for four years in the Navy as an Aviation Electronics Technician, Paul attended the University of Dayton and graduated in 1959 with a Bachelor of Science Degree in Electrical Engineering. Upon graduating, he became involved in a variety of projects ranging from the development of instrumentation and data acquisition systems to the design of electromechanical instrumentation for aerospace medical and aircraft flight systems. He worked in this field for 19 years which included moving with his family to San Antonio, Texas, in 1963. In 1978, Paul began working in a management capacity for Southern Steel in the design of electrical control and monitoring systems until he retired 25 years thereafter. During his lifetime, Paul enjoyed guiding young boys as a Little League Coach and Boy Scout Leader. He also enjoyed cooking, baking, and oil painting, and he was an avid bowler in a city league. The annual summer vacation trip to visit family in Ohio was always full of adventure and fun for all. After the children were grown, Paul enjoyed traveling the country. He also participated in Art Shows throughout Texas where he received multiple awards, sold many of his paintings and became inspired for new creations. Although he was a shy and quiet man, he looked forward to hosting large family celebrations, which always included his wonderful cookies! In his later years, he enjoyed watching the Spurs and Cowboys, working his word puzzles, playing Bingo and watching the great grandchildren provide entertainment for the whole family. He continued to be devoted to his Catholic faith, which guided his heart throughout his life. Our dear father, brother, uncle, grandfather, and friend will be sorely missed by all. Visitation will be on Friday, February 25, 2022 from 5:00 to 8:00 p.m. with a Rosary to be recited at 6:30 p.m. at Mission Park Funeral Chapels South. Funeral Mass will be on Saturday, February 26, 2022 at 10:00 a.m. at St. Paul’s Catholic Church. Interment to follow at Mission Burial Park South.

A loving husband, father, grandfather, brother, uncle and friend, Paul Joseph Watren, Sr. went to be with the Lord on February 18, 2022, at the age of 89, in San Antonio, TX. He was born on September 23, 1932 in Dayton, Ohio. He is preceded... View Obituary & Service Information

The family of Paul Joseph Watren Sr. created this Life Tributes page to make it easy to share your memories.

Send flowers to the Watren family.