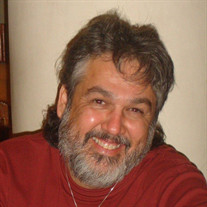 Phillip Steve Arrambide, age 67, of San Antonio, passed away peacefully in the early morning hours of Tuesday, March 29, 2022, at Methodist Metropolitan Hospital in San Antonio, with his beloved family by his side. Phillip was born on March 13, 1955, in San Antonio to the late Jose San Miguel and Mary L. Salas Arrambide. Phillip married Guadalupe Orozco, on July 26, 1986, at the Little Church of La Villita. Together they have spent the last 35 years raising children and grandchildren and living a lifetime of memories. Phillip began working for San Antonio Independent School District in 1984 as a coach. Over the course of the next 26 years, he worked his way into many, many classrooms and schools as a Paraprofessional specializing in Special Education. He retired in 2010. Phillip was a devout Catholic who attended many churches around San Antonio over the years but most recently was attending either the Immaculate Heart of Mary Catholic Church, St. Margaret Mary’s Catholic Church, or Holy Name Catholic Church. Some might say that Phillip was a man who never completely grew up. He was a man who loved music, especially R&B, and disco dancing as long as his health allowed. Phillips’s passion was always taking care of the car he was driving at the time, each of which had to have the best stereo and tint sometimes darker than legally allowed. He was an avid sports fan who would watch anything to pass the time but especially loved watching the San Antonio Spurs, the Dallas Cowboys and golf. Some of Phillips favorite memories were around the tennis courts; whether it was watching or coaching, especially teaching his twins how to play the sport. Phillip spent many years as a coach for CYO and cherished the lasting impression he left on the countless kid that called him “Coach”. Phillip and Lupe loved travelling, especially to Mexico and Las Vegas. Later in life, Phillip began to love all things “small”, especially his little cottage, watching Korean dramas and listening to Korean music. Those who will remember Phillip the best will remember his beautiful beard and mullet, the cup of Bill Millers sweet tea in one hand and a brownie in the other but most of all, the love he had for his twin girls, Nina and Tina. He truly lived his life for his daughters. Phillip leaves behind a legacy of dedication, passion and love that will live on in the hearts of those he knew and loved for generations to come. Phillip is survived by his loving wife, Guadalupe “Lupe” Orozco; daughters, Nina Arrambide-Avila, and husband Adam, and Tina Arrambide; granddaughters, Alexandria Leann Orozco Arrambide and Zuri Linn Carabajal, grandsons, Christian Arriola, Teo Navarro, and Carlo Matisse Avila; sisters, Linda S. Navarro, and husband Eduardo, Jr., and Virginia Arrambide; beloved aunts and uncle; and by a host of other relatives and very special friends. Funeral services for Phillip Steve Arrambide will be held at 10:00 A.M., Saturday, April 9, 2022, at Mission Park Funeral Chapels South. 1700 S. E. Military Drive, San Antonio, TX 78214. 210-924-4242. Burial will follow at Mission Burial Park South with Adam Avila, Teo Navarro Avila, Christian Arriola, Ezequiel Carabajal, Alan Miguel Orozco-Gonzalez, John Michael Guzman, Aramis Luke Orozco-Longoria, and Eric Orozco serving as pallbearers. Visitation will be held Friday, April 8, 2022, at the funeral home from 5:00 – 8:00 P.M., with the Recitation of the Rosary at 6:00 P.M. The family would like to extend a very special “thank you” to the doctors and nurses at Fresenius Kidney Care – Southside for their dedicated care to Phillip and the love they showed him and the family.

Phillip Steve Arrambide, age 67, of San Antonio, passed away peacefully in the early morning hours of Tuesday, March 29, 2022, at Methodist Metropolitan Hospital in San Antonio, with his beloved family by his side. Phillip was born on March... View Obituary & Service Information

The family of Phillip Steve Arrambide created this Life Tributes page to make it easy to share your memories.

Send flowers to the Arrambide family.