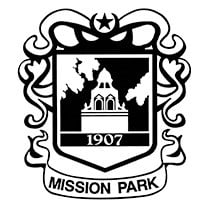 Robert Anderson entered into eternal rest on September 1, 2021, in San Antonio, Texas. He was born April 12, 1957, in San Antonio, Texas to Andrew W. Anderson Jr. and Josephine L. Anderson. He graduated from Thomas Jefferson High School and continued his education at San Antonio College studying business and later at St. Philips College becoming Certified in Welding. He began his career in Welding, he then went to work with his Father in the Sheet Metal business. The latter part of his career was in the sign fabrication industry and in the transportation sector. Robert had many talents and interests. He was gifted in music, learning to play various instruments, and interpreted music by ear. He was a member of the high school band and played the saxophone. He later took interest in other instruments, to include the trumpet, guitar, and violin. He shared his love and appreciation of music with family and friends. Robert had a passion for learning, immersing himself in many subjects, to include Greek, Latin, history, and the Bible. He was inquisitive and philosophical by nature and had a collection of books on varied subjects. He loved the outdoors and in his early years enjoyed hunting and fishing with family and friends. He also found a calling in studying and deepening his faith at Trinity Church where he attended Bible Study and met Associate Pastor Williams and Sheila Moss, a long-time friend in the of journey of life. Robert is preceded in death by his parents, Andrew W. Anderson Jr. and Josephine Anderson. He is survived by his five sisters: Virginia McCabe and husband Thomas; Annette Olmsted and husband Charles; Julie Sinclair and husband Phillip; Shirley Anderson and Laura McGuill. He is also survived by his nephew Kevin McCabe and wife Eden, niece Laura Brown and husband Raymond, niece Alison Reynolds, niece Cheryl Pelzel and husband Jason, niece Sarah Dobbs and husband Joshua, nephew Matthew Sinclair and niece Dara McGuill. A memorial service for family and close friends will be held on September 8, 2021 at Mission Park Funeral Cemetery North in San Antonio, Texas.

The family of Robert Anderson created this Life Tributes page to make it easy to share your memories.

Send flowers to the Anderson family.