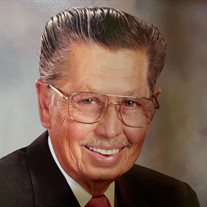 Beloved husband, father, and grandfather, Ruben Sepulveda Sr., born July 21, 1931, went to be with the Lord on March 7, 2022 at the blessed age of 90. He was born in Mexico to Margarito Sepulveda Davila and Petra Elizondo De Sepulveda. Ruben is preceded in death by his parents. He is survived by his beautiful and loving wife of 61 years, Leticia Sepulveda; sons, Ruben Sepulveda Jr. (Sheryl), Marco Antonio Sepulveda (Michelle), Oscar Sepulveda (Delia); grandchildren, Sophia, Sydney, Jacob, Chloe, Oscar Omar, and many nieces, nephews, cousins, family and friends. He is also survived by his brothers-in-law Lazaro Gonzalez (Sonia), Abelardo Gonzalez (Zenaida), and sisters-in-law, Rosa Laura Gonzalez, Yolanda Gonzalez and Tita Gonzalez. He was preceded in death by brother and sister-in-law, Israel Sepulveda (Justina); sisters and brothers-in-law, Orfelinda Gonzalez (Juan), Blanca Montemayor (Pedro), and Enedelia Arguello (Jose) and by brother-in-law, Cesar Gonzalez. Also preceded in death by Father-in-law and Mother-in-law, Abelardo Gonzalez Chavarria, and Juanita Gonzalez, and his brothers-in-law Leonel Gonzalez and Leopoldo Gonzalez. He received an associate degree in accounting and entered pre-med school to become a dentist but left after one year, accepting a job in the United States in a large steel factory in Detroit, Michigan. Two years later, he was drafted to the U.S. Navy and served in the Korean War. Upon his honorable discharge, he returned to Monterrey, Mexico and met his future wife, Leticia. They married in 1960 and lived in Detroit where they had son, Ruben Jr. Later that year, they returned to Monterrey and started a dairy farm with 200 cattle. Two more sons, Marco and Oscar were born and for 10 years, the family remained in the dairy business until disease infected the cattle in 1972, wiping out the entire stock. The family lost everything. Looking for opportunity, Ruben Sr. moved his young family to the United States, this time to San Antonio, where his sister had immigrated, and with her husband had opened a small restaurant in 1968 on the south side, called Don Pedro Mexican Restaurant. With few possessions, the Sepulveda family moved into a small, three bedroom house with his sister’s family. Ruben Sr. immediately started work as a waiter in the 70-seat restaurant as Leticia started as a cook in the kitchen. For six years, they worked together every day to provide for their family and build a new life. In 1979, Ruben Sr. was offered the opportunity to purchase Don Pedro and with the desire to grow a business for his family, he and Leticia bought the restaurant. Even though he did not plan to be in the restaurant business, it turned out to be his calling. With attention to every detail and a belief of treating every customer like family, Ruben and Leticia grew the restaurant into a highly regarded institution on the south side of San Antonio. The restaurant expanded and prospered, employing more than 100 and serving more than a thousand customers per day. Fifty-four years later, the now 350-seat restaurant continues to provide the same family-friendly atmosphere, good food, and host to many community activities and celebrations through several generations of devoted families and has garnered many outstanding awards over the years. In 2001, Ruben Sr. was presented Outstanding Restaurateur of the Year by the San Antonio Chapter of the Texas and National Restaurant Associations, and in 2002 he was recognized nationally as the Thomas Carvel Immigrant Entrepreneur of the year, accepting the award in Washington, DC. Through his love of Quarter horses that he enjoyed riding at his ranch, Ruben Sr. often hosted other horse buyers from Mexico for many years during the San Antonio Livestock Exposition and he sponsored the Quarter horse sale as well as contributed to the International Committee. After retirement from Don Pedro, Ruben and Leticia traveled the world, including Israel, Portugal, Spain, France, and many other European and Mexico cities. They also enjoyed participating in activities and trips sponsored by their parish, St. Lawrence Catholic Church. Ruben Sr. continued greeting customers at the restaurant and they often could find him dancing there during the Sunday brunch with his wife and grandkids – all things so important to him. He never knew a stranger, and his family, as well as all who knew him, will miss his kind, outgoing presence greatly. Visitation will be Friday, March 18, 2022, from 6 to 8:00 p.m. with a rosary at 6:30 p.m. at St Lawrence Catholic Church, 236 E Petaluma Blvd. Family and friends will meet at St. Lawrence Catholic Church on Saturday, March 19, 2022 for a 11:00 a.m. funeral mass Interment to follow at Mission Burial Park South. You may sign the online guestbook at www.mission-parks.com. In lieu of flowers, monetary gifts may be made to Alzheimer’s Foundation of America. https://act.alz.org/site/Donation2?df_id=32112&32112.donation=form1&utm_source=google&utm_medium=paidsearch&utm_campaign=google_giving&s_src=giving&gclid=EAIaIQobChMI1fOK6sC-9gIVzRXUAR21MwFiEAAYAiAAEgJzUvD_BwE

Beloved husband, father, and grandfather, Ruben Sepulveda Sr., born July 21, 1931, went to be with the Lord on March 7, 2022 at the blessed age of 90. He was born in Mexico to Margarito Sepulveda Davila and Petra Elizondo De Sepulveda. Ruben... View Obituary & Service Information

The family of Ruben Sepulveda created this Life Tributes page to make it easy to share your memories.

Send flowers to the Sepulveda family.