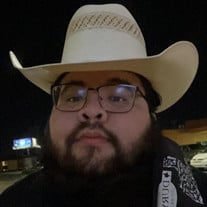 Santiago Lopez, a former locksmith and recent gunsmith, sadly passed away December 7, 2021 in the early morning at 24 years of age. He was born November 1, 1997 to Andrew Lopez and Jeneiya Calderon. He graduated from Wagner high school where he was in wrestling instead of football, his usual. The fact that he was still doing football and wrestling late in high school amazed everyone considering his bad knee. Sago was hit by a car when he was in eighth grade which blew his knee out and all the doctors told him he’d never play football again, let alone walk. Of course, that hurt sago to hear but it didnt stop him from continuing to heal and practice walking. That boy went from a wheel chair to crutches faster than anyone thought. And even with crutches he was still trying to walk without too much pressure. Nothing could stop him and eventually he was playing football again in high school. He did have bad days where his knee hurt but he didnt let it show or get him down. Sago had a rough time the last couple years of high school and almost gave up, but he tried again one more time and graduated the same year as his sister Valencia Lopez. Everyone was so proud of him because although he had some trouble, he really never gives up. He pushed through all the hard times and is always there for everyone if he can figure out how to help. His last few years he was doing what he loved most honestly. Of course we all wish he could have lived a long, long life but were also glad he had a filling life so far. He was always out doing something with family and friends. When he graduated high school he got one job we remember he liked alot which was a locksmith. He worked there a a couples year after California pizza kitchen which was also a nice job but in the end the managers weren’t treating him great. Sago continued to grow and find different places to work at including Durys gun shop, and on the weekends Thirsty Horse Saloon, his last jobs. He was always talking about the people he worked with and how he loved his jobs. He made so many memories with customers and coworkers in the small amount of time because he really is a big ray of sunshine. He does his best to keep a smile and not get down. In the end he has a lot of people wishing him well where he is and missing him. There will be a service for him Sunday December 19, 2021 at North Park Funeral Chapel cherry ridge 6pm-8pm. A rosary at 7pm for anyone interested.

Santiago Lopez, a former locksmith and recent gunsmith, sadly passed away December 7, 2021 in the early morning at 24 years of age. He was born November 1, 1997 to Andrew Lopez and Jeneiya Calderon. He graduated from Wagner high school where... View Obituary & Service Information

The family of Santiago Andreás Lopez created this Life Tributes page to make it easy to share your memories.

Send flowers to the Lopez family.