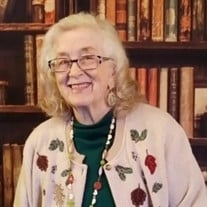 Dorothy Abbott was born on May 26, 1935 to Elsie and Ernest Pritchard. She spent the first 18 years of her life picking cotton to help her family. Everyone worked or no one ate. And there were lots of young’uns to eat! She was #2 of 13 children. Dorothy was preceded in death by: Her husband, Joseph, her daughter Fran, and her son, Steven. Dorothy was preceded in death by: Her brothers, Leonard, Wayne, Bobby, Jimmy, Jerry, Joe and her sisters, Betty and Jane. Dorothy is survived by: Her son, Neal (Juana) and his children, Steve and Greg. Her daughter, Debbie and step-son, Damon. Her daughter/granddaughter, Angi (fiancé, James) and her children, Anthony and Alycea: daughter-in-law, Beverly, and her children, Elizabeth, Thomas and David. Dorothy is survived by brothers, J.D., Dale, Johnny, and her sister, Mary Ann. Dorothy is survived by numerous nephews, nieces and great grandchildren. Dorothy left the cotton fields of Tennessee to make a life as an Air Force wife with her husband, Joe. They were married for 49 years until his death in 2001. Most of those years Dorothy was a stay-at-home mom which gave her time to enjoy her hobbies of painting and gardening. She reconnected with her childhood faith and began to grow as a Christian while in her 20’s and her faith sustained her throughout her life. She was active in numerous churches and actively involved in Dellview Baptist Church, San Antonio, for the past decade. Music was another passion and she loved to sing and share the message of Jesus with all she met. It especially thrilled her to sing with her children, grandchildren and great grandchildren at church. It was a family affair because loving God just runs in the family! The family is grateful to the staff and residents at Grandview at Westover Hills and Suncrest Hospice for their loving and kind care during the last year of her life. The community embraced Dorothy as she declined from the effects of vascular dementia after suffering from multiple strokes. In lieu of flowers, donations can be made to Dellview Baptist Church, 454 Beryl Dr., San Antonio, Texas 78213. Graveside service at Fort Sam National Cemetery, November 24, at 1:30 p.m.

Dorothy Abbott was born on May 26, 1935 to Elsie and Ernest Pritchard. She spent the first 18 years of her life picking cotton to help her family. Everyone worked or no one ate. And there were lots of young&#8217;uns to eat! She was #2 of... View Obituary & Service Information

The family of Dorothy M. Abbott created this Life Tributes page to make it easy to share your memories.

Send flowers to the Abbott family.