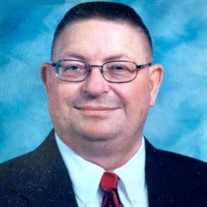 Fredrick P. Danysh of Fair Oaks Ranch, Texas entered Eternal Rest at his home with his family beside him on Friday, September 10, 2021 at the age of 71 years, 10 months and 3 days. Fred was born on November 7, 1949 to Onufry V. and Josephine Rakowitz Danysh in Kenedy, Texas. He was a 1968 graduate of Kenedy High School. He spent his childhood on the farm fishing, hunting, and raising hound dogs with his brothers. Although most of the time, you could find Fred with his nose in a book remaining an avid reader his entire life. After high school he attended Texas Tech for one year before enlisting in the United State Marine Corps where he served his country for 20 years. Fred traveled around the world while being stationed in Vietnam, Japan, California, Texas, Arizona, North Carolina, and the Philippines where he met his future wife, Henedina Tarun Marcaida whom he married on May 28, 1990 in Karnes City, Texas. While enlisted in the Marine Corps, he continued his college education and earned an Associate of Arts Degree in Social Science. Upon retirement as Gunnery Sergeant, he completed his education at Texas A&M University at Corpus Christi, Texas; earning a Bachelor of Arts Degree in History and Government and began his teaching career as a History Teacher in Carrizo Springs, Texas. He fulfilled his life-long dream of teaching in his hometown at Kenedy High School. Fred was also an Instructor for the American Red Cross. After retiring from Education he went on to work at the Texas Department of Criminal Justice as a Parole Officer/Firearms Instructor in Beeville, Texas before finally retiring to Boerne, Texas with his wife, Henedina. There he spent his time with his wife, Dina reading, traveling, deer hunting, writing, cooking, and gardening. A devote Catholic, he was a member of St. Elizabeth Ann Seton Catholic Church and a Fourth Degree member of the Knights of Columbus, where he served as Financial Secretary. He was also a Diocesan District Deputy when he was in the Diocese of Laredo. Fred and Dina also sponsored several foreign exchange students. He is preceded in death by his parents, father-in-law, Pablo Marcaido, mother-in-law, Aurelia Marcaida, brother, Valerian Danysh, and brother-in-law, Richard Fournier. Fred is survived by his wife, Henedina; nephew, Mackly Tarun; his siblings, Onufry and Sandra Danysh of Virginia Beach, VA, Ethel “Eddy” Fournier of Floresville, Texas, Alice and Steve Johnson of Ganado, Texas, and Frances and Steve Eckols of Kenedy, Texas; in-laws, Soledad and Lito Balucanag of the Philipines, Jose and Cecilia Marcaida of the Philipines, Marvie and Ernie Abalos of the Philipines, Evangelina and Tom Abell of Kentucky, Heideliza and Daniel Asuncion of Italy, and Priscilla Marcaida of Italy; numerous nieces and nephews; great nieces and great nephews; and foreign exchange family: Sofia Schulik of Poland, Dilek Yurekli of Germany, and Hoili Chan of Hong Kong. SERVICES Visitation will begin at 6:00 P.M. followed by the Rosary at 7:00 P.M. on Monday, September 27, 2021 at St. Elizabeth Ann Seton Catholic Church, 8500 Cross Mountain Trail. The Funeral Mass will be celebrated with Knights of Columbus Honors at 11:30 A.M. at the Church on Tuesday, September 28, 2021. Interment with Military Honors will follow at the Fort Sam Houston National Cemetery, 1520 Harry Wurzbach Road.

Fredrick P. Danysh of Fair Oaks Ranch, Texas entered Eternal Rest at his home with his family beside him on Friday, September 10, 2021 at the age of 71 years, 10 months and 3 days. Fred was born on November 7, 1949 to Onufry V. and Josephine... View Obituary & Service Information

The family of GySgt. Fredrick Danysh, USMC (Ret.) created this Life Tributes page to make it easy to share your memories.