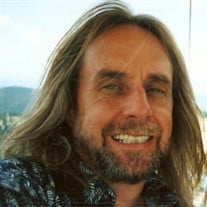 Gary Lee Rule, age 67, returned to his Heavenly Father on November 13, 2021, in San Antonio, Texas. He was born on November 5, 1954 in McKees Rocks, Pennsylvania to George and Gloria Rule. He is reunited with his parents, his beloved kitties, Ninja, Homey and Cowboy, and many other friends and loved ones who have gone to be with the Lord before him. Gary graduated from Air Academy High School in 1972 and went on to earn a bachelors in Business Administration from Southwest Texas University in San Marcos in August of 1976. After graduation, Gary worked in different sales positions for a few companies. Later, Gary as a gifted entrepreneur started his own business, Cellular Accessories Technology Store (CATS) in 1994. At one point, Gary owned eighteen CATS stores in five states. He had a passion for sales. He shared that passion with his dear friend Scott Kirfman, who worked with Gary for the past twenty-four years. His business savvy was complemented by his creativity. Gary was a talented writer and a published poet. He also wrote several unpublished books and screen plays, as well as recorded a record. Gary met the love of his life, Diane in February of 2002. They were married on October 21, 2010. Gary loved to take road trips with his wife, Diane. They traveled many places, but enjoyed spending most every wedding anniversary and birthday in their favorite spots in Colorado. Gary and Diane dreamed of retiring to Colorado. Gary’s caring spirit and generous heart was felt by everyone he came in contact with. On their road trips, Gary would leave Christian DVDs and CDs at the entrances to the parks they visited with hopes that someone in need could also receive the Word of the Lord. He had a special gift for humor and could add levity to any situation. Gary would entertain his family and friends with his hilarious videos and photo memes. Gary loved nature and enjoyed taking pictures of God’s beauty. He started another business called Seventh Day Pictures where he incorporated his favorite Bible verses into his amazing photography. He frequently gave away his beautiful photos to all he met. He loved animals. His kitties were like his children. He cared for his kitty babies, Cowboy, Ninja and Homey until their passing. He fed all animals including the squirrels and raccoons in the neighborhood and would routinely rescue bugs from the house and return them to nature. Gary loved his family and friends. He relished taking care of his mom and dad as they got older. He spoiled everyone he met. If one of them had a need, he was there to help. Gary lived a life of transformed Grace. He loved Jesus Christ. Gary had developed a close relationship with Jesus before his passing, spending many hours a day, praying and talking with the Lord. Gary is survived by his loving wife, Diane Rule. His step daughters; Tiffany Gorski and Tracy Homfeld and husband Roy. His grandson, Taylor Gorski and granddaughter, Allison Homfeld. His brother George Rule III and wife Norma. Cousins Jerri and Joe Whitley, Uncle Jack Matthews, Uncle Robert Rule and wife Carol and numerous nieces and nephews. SERVICES Funeral Service will be held Friday, November 19, 2021 at 12:00 pm at the Mission Park Funeral Chapels North. An interment will follow the service at Mission Burial Park North. In lieu of flowers, donations may be made to The Billy Graham Ministries in Gary’s honor.

Gary Lee Rule, age 67, returned to his Heavenly Father on November 13, 2021, in San Antonio, Texas. He was born on November 5, 1954 in McKees Rocks, Pennsylvania to George and Gloria Rule. He is reunited with his parents, his beloved kitties,... View Obituary & Service Information

The family of Gary Lee Rule created this Life Tributes page to make it easy to share your memories.

Send flowers to the Rule family.