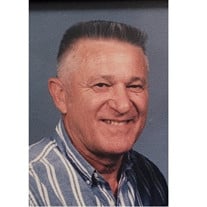 Gerald H. Katz Loving and caring husband, father, grandfather, great grandfather, brother, mentor and friend, Gerald Hyman Katz (Jerry) passed away on January 2, 2022. He is survived by his wife of 66 years, Patsy, daughters and son-in-laws Stacie and Randy Tiedeman, Kelly and Mark Mahula, sons and daughter-in-laws Jerry and Barbara, Jaime and Anna, Grand-daughters, Christina, Hilari, Laura, Ashley, Kelcie, grand-sons, Jushuwa, Marshall, Tommy, KJ, Grady, great-grand-daughter Aurelia, Brinley, numerous nieces nephews and cousins, his sister Phyllis and brother Bobby. He attended Brackenridge High School where he met his wife to be Patsy Sexton. After graduating from Brackenridge he entered into the electrical industry and shortly after, married Patsy on June 12, 1954. He continued to work in the electrical trade, advancing from apprentice to journeyman to foreman, and received his master license in the mid 60’s. Working along side his brothers Harry and Bobby at Zoller Electric, and Fred Clark Electric was a highlight in his early carrier. In 1965 he moved to Jack Wilkins Electric as head of manpower and general foreman, and work at one of the notable projects in the 1960’s, “Hemisfare 68” here in San Antonio. Competing his time at Jack Wilkins, he moved to Pace Foods on Austin Highway, and oversaw/coordinated the upgrades and installation of their food product processing lines. After 5 years and the closing of the local Pace facility, Jerry went to work at Morman Mok to assist the electrical and mechanical engineers and also conduct projects site visits. In 2006 the electrical and mechanical engineering divisions at Morman Mok Engineering separated and opened Cleary Zimmermann Engineers. Working and providing assistance with the electrical and mechanical engineers at CZ, he advanced to a Partner position. In June 2014, at the age of 80, he announced his retirement to spend time with and care for his wife and family. He was a member of St. Gregory’s Catholic Church from 1954 until the time of his passing. Through the years he provided assistance and service to the Archdiocese whenever help was needed. He was an Eagle Scout. He was preceded in death by his parents Hyman and Elizabeth, sisters Margaret and Dollie, brothers Harry and Buddy and his son Guy. In lieu of flowers the families request a donation in his name, Jerry Katz, to Wildlife Rescue and Rehabilitation, Kendalia, Tx. or K9’s For Warriors. Graveside Service Monday, January 17th, 2022•10:00 AM Holy Cross Catholic Cemetery 17501 Nacogdoches Rd San Antonio, TX 78266

The family of Gerald H. Katz created this Life Tributes page to make it easy to share your memories.

Send flowers to the Katz family.