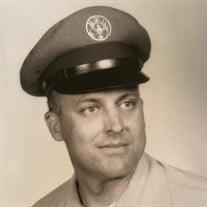 James Virgil Payne, Sr. (USAF, TSgt Ret) James V. Payne (Jim) was born Sept. 4, 1932, in Porterdale, GA. He passed away at home in Castroville, TX to be with our Lord at the age of 89, on Mar. 11, 2022. He was preceded in death by his parents, Blissos Ezell and Leila Olive Payne and his 6 brothers and sisters. Jim was the youngest of 7 children. Jim is survived by his loving wife Amelia (Emilie) Payne of 66 years; children, James D. Payne, Shirley J. Caisse, Dolores (Terry) Graham (Scott P. Sr, CMSgt Ret), and James V. Payne Jr.; grandchildren, SMSgt April S. Payne, Justin Payne, Christina Smith (Dustin), Christopher Graham (Amanda), 1Lt Scott P. Graham Jr. (Megan), Leila Yuras (Kevin), Katie Graham and Jake Graham; great-grandchildren; Pharyn, Lillian, Elijah, Gatling, Maverick, Jolie, and Ryland. We are saddened that he will not meet his 3 great-grandchildren due this year, although he was very hopeful. Jim loved his country and was proud to serve in the United States Air Force. He joined the USAF on Apr. 12, 1951, at the age of 18. He attended Basic Training at Sheppard AFB, TX; Air Force Club Managers School at Ft. Lee, VA. then stationed at Ft. Meade, MD. He served during the Korean War from Dec. 1951 to Mar. 1953. Following his tour in Korea, he was stationed at Brooks AFB, TX; Lackland AFB, TX; Ashier AB, Japan; Seoul, Osan, and Biyangdo Island, Korea; Elmendorf AFB, AK, during which time Jim and his family survived a major earthquake in 1964. He was assigned to Blytheville AFB, AR. and retired after 20 years of service on Apr. 30, 1971. Once retired, he moved his family to San Antonio, TX. After retiring, Jim wasn’t quite finished working for the Air Force. He worked as a NAF Employee and Civil Servant as the Assistant Club Manager then was promoted to Club Manager at the Lackland AFB NCO Club, from 1971-1996 at which time he retired for the second time. Jim and Emilie moved to their dream home in 1998, which Emilie designed, in Castroville, TX. He loved his home and the quietness of a small town. He loved working in the yard and took pride in his work, he liked working crossword puzzles, woodworking, dancing, watching college football and the Dallas Cowboys; he was their #1 Fan. He loved spending time with his family, but especially with his grandchildren. Jim and Emilie co-founded Christmas in Castroville – Cause We Care, a charity program that provided food, presents and a visit with Santa Claus for the less than fortunate families every Christmas for 12 years directly from their home in Castroville, with the help of family and volunteers. Due to his illness, they had to turn it over to the Lutheran Church. Jim and Emilie also loved to travel to the Great Smoky Mountains and Gatlinburg, TN every fall. Jim was a kind, patient and loving husband, father, grandfather, great-grandfather, uncle and friend. Jim deeply loved his wife and always wanted to please her. His greatest fear was leaving his beloved Emilie alone. He was loved by many and will be deeply missed. FUNERAL SERVICES A visitation will be held on Tuesday, April 5, 2022 at Mission Park So., 1700 SE Military Dr., San Antonio, TX 78214, from 5pm – 8pm with a Rosary to begin at 6pm. A Funeral Mass will take place at 12 pm on Wednesday, April 6, 2022 at St. Louis Catholic Church, 1306 Angelo St., Castroville, TX 78009. The interment will follow at Fort Sam Houston National Cemetery, 1520 Harry Wurzbach Rd, San Antonio, TX. 78209. Flowers are welcome or you can donate to the copdfoundation.org/donate in Memory of James V. Payne.

The family of James Virgil Payne (USAF, TSgt RET) created this Life Tributes page to make it easy to share your memories.

Send flowers to the Payne family.