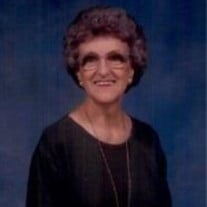 On Saturday, September 11, 2021, Marcia Anne Russell Fowler passed away at the age of 88 in San Antonio, Texas. Marcia was born on June 15, 1933 in Providence, Rhode Island to Harrison and Ferne (Kinsley) Russell. She earned a Bachelor of Applied Arts and Sciences degree from Texas State University in 1987, served in the United States Air Force and later retired from the Air Force Civil Service as Executive Secretary to the Commander at Wilford Hall USAF Medical Center. With an impeccable attention to detail, principled service and an uncanny ability to effectively manage what may be overwhelming to most - she handled responsibilities calmly, orderly and meticulously. She was extremely proud to be serving and supporting our military with a career full of awards, achievements and accolades spanning 30+ years. A stylish lady with a bold sense of fashion, she embraced life with a creative flair as an artist, home decorator and a Certified Master Gardner. Marcia loved to sing. As a young girl in Barrington, RI, she would join her grandparents to attend church to sing in the choir, then later quickly ride her bicycle to a 2nd church to sing with that choir too! With a mother’s never ending devotion and loving care for her daughter Stephanie; born with spina bifida, she was committed to create and provide an enriched full life with love, friends, experiences and adventures. Preceded in death by her parents, Ferne and Harrison Russell, daughter Stephanie Fowler, former spouse Stephen Fowler, brother Alan Russell, and sister Susan Bradbury. Survived by daughter Laurel (Todd) Craft and grandson Dustin, son Leslie Fowler, brother Corey Russell, nieces and nephew Linda Russell Desisto, Alan K. Russell, Jr, Cheryl Russell, Rene Russell Barrett, Michaela Russell Burns, and many great nieces and nephews and lifelong friends. Graveside Service will be held on Wednesday, September 15, 2021 at 10:00am at Mission Burial Park North, 20900 IH-10 West, San Antonio, Texas 78257, with Pastor David Miracle officiating. Air Force Honors will be rendered.

On Saturday, September 11, 2021, Marcia Anne Russell Fowler passed away at the age of 88 in San Antonio, Texas. Marcia was born on June 15, 1933 in Providence, Rhode Island to Harrison and Ferne (Kinsley) Russell. She earned a Bachelor of... View Obituary & Service Information

The family of Marcia Anne Russell Fowler created this Life Tributes page to make it easy to share your memories.

Send flowers to the Fowler family.