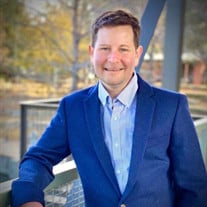 Patrick Joseph Lynch IV (PJ) aged 42 of San Antonio, Texas, passed away on April 14, 2022. PJ Lynch was born on January 30, 1980, to Chaya (Cheryl) Galin and Patrick Joseph Lynch III in San Antonio, Texas. After PJ graduated from Clark High School in 1998, he went on to study Marketing at the University of Texas at San Antonio. After graduating with a degree in Marketing, he began his investment career in 2005 marketing fixed income securities to advisors. In 2008, PJ wanted to help clients and joined an independent firm and became a licensed advisor himself. He then started to evolve his practice to start involving more diversification in non-traditional investments. He recently established his own investment practice titled PJL Investments. He had a love for animals that allowed him to help in the fostering and placement of several cats and dogs. PJ could often be found biking the trails of downtown, through the streets of the city or driving to new places. He loved to be outdoors and explore all the city had to offer. He will be dearly missed, continuously loved but will be remembered with his laugh and his smile that lit up the room. PJ was predeceased by his beloved grandfathers, Ronald Galin and Patrick Joseph Lynch Jr, his grandmother Elizabeth Lynch, and his aunt Tracy Kline. He is survived by his mother Chaya (Cheryl) Galin, his father, Patrick Joseph Lynch III, his sister, Lauren Lynch and her husband, Daniel Lora, four nieces and nephews, Isaac, Ian, Isla and Ivy and his aunts Lori “Lou” Pearson and Marcy Lynch and uncle Jack Kennett. A Celebration of life will be held at Oblate Seminary, 285 Oblate Dr, San Antonio, Texas 78216 at the Whitely Theological Center on Thursday, April 21 at 6:00pm. Funeral Service will be held on Friday, April 22, 2022, at 11:00am at the Mission Park Cemetery Dominion, 20900 IH 10 W, San Antonio, Texas, 78257. If you would like to make a donation in PJ’s name, the following organizations were very special to him: San Antonio Pets Alive: Make a Gift (sanantoniopetsalive.org) and or/ Spay and Neuter of San Antonio at World Spay Day - Spay-Neuter Assistance Program (snapus.org)

The family of Patrick Joseph (PJ) Lynch IV created this Life Tributes page to make it easy to share your memories.

Send flowers to the Lynch family.