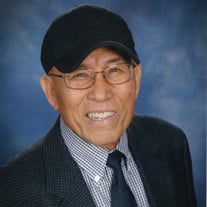 Porfirio (Jun) was born on April 9, 1930, in Ormoc City, Philippines. He was the third of twelve children to Porfirio Ayuyao, Sr. (a land surveyor) and Victoria Padilla Ayuyao (a teacher). As a child who grew up on a farm, Jun acquired great skills at an early age and was not a stranger to hard work. After completing high school, he left Ormoc to attend college at Mapua University in Manila where he earned a Bachelor of Science Degree in Civil Engineering. When Jun took the National Board of Examinations for Civil Engineers, he ranked third among the board examinees. Jun began his career by working for Atlantic Gulf and Pacific Company, a US firm based in Manila. His exemplary performance and qualifications as a structural designer led to an opportunity to travel to the United States as an Exchange Engineer Trainee for Vinnell Corporation located in California. There, he pursued further education by attending post-graduate courses at UCLA. Not long after, Jun was recruited by Bartell Zachry, President of H.B. Zachry Company, to join the corporate office located in San Antonio, Texas. Throughout his 31- year employment at Zachry, he travelled throughout the world as the Chief Estimator of construction costs in multimillion dollar hydroelectric projects. Among his many accomplishments, the most prized of all was the start of his family and legacy when he married Fe Franco Ayuyao (a co-engineer) in December of 1956. Together they have two beautiful children, Alfredo, and Maria Victoria. Alfredo gave them four grandchildren, Laurel (23), Matthew (21), Cassandra (18), and Andrew (14). Maria Victoria gave them two grandsons, Jamie (33), and Daniel (24). Jun and Fe were married for 65 years and happily spent the golden years of their retirement in San Antonio. They enjoyed the lifestyle and friendly neighborhoods of Texas, but commuted regularly to their second home in Pasadena, California where they loved to spend time with their children and grandchildren. Jun taught his family the importance of obtaining an education and took immense pride in their accomplishments, as shown in the sparkle of his eyes and the warmth of his smile every time he talked about them. Jun Ayuyao passed away on Monday, December 27, 2021, surrounded by his wife and family. He was a true pioneer and a well-respected individual to everyone he met. His legacy of profound work ethics, integrity, resilience, and joyful laughter will be forever missed. Jun was a parishioner of St. Matthews from 1975 with Monsignor Larry Steuben. Upon his retirement, he went to Holy Mass everyday and brought home the Holy Eucharist to his disabled wife. He spent time meditating in the Holy Eucharist Chapel daily. Rosary will be held at 9:30 a.m. on Tuesday, January 18, 2022 at St. Matthew Catholic Church followed by a 10:00 a.m., Mass of Resurrection and will conclude at the church. The following is the link to the Live Mass at St. Matthews: www.reelmissionmedia.com/live

Porfirio (Jun) was born on April 9, 1930, in Ormoc City, Philippines. He was the third of twelve children to Porfirio Ayuyao, Sr. (a land surveyor) and Victoria Padilla Ayuyao (a teacher). As a child who grew up on a farm, Jun acquired great... View Obituary & Service Information

The family of Porifio Ayuyao, Jr. created this Life Tributes page to make it easy to share your memories.