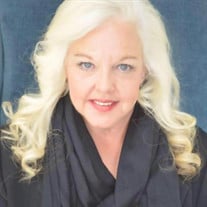 Our beloved Roxanne Cofer Cox, age 67, passed away Wednesday morning April 20, 2022, at her home while undergoing treatment for pancreatic cancer. She was born on January 19, 1955, in Fort Worth, Texas, the daughter of the late Barbara Martin Cofer and Dr. Richard Cofer. Roxanne grew up in Irving, Texas, and was a 1973 graduate of Irving High School. After graduating high school, she attended Texas A&M University, where she earned her BS in Math. Following graduation, she returned to Irving and taught Math and English at the middle school and junior college levels. Wanting to pursue a higher degree, Roxanne returned to school and earned her JD degree from Texas Southern Thurgood Marshall School of Law in 1997, graduating in the top ten of her class. Eager to combine her law credentials and love of travel and adventure, Roxanne served in the US Air Force as a Judge Advocate from 1987-1994. While serving at Ramstein Airbase in Germany, Roxanne served as a trial attorney, area defense counsel and protocol officer. It was in Germany that she met and fell in love with a fellow Judge Advocate, Greg Cox. Greg and Roxanne were married in Germany on February 14th, 1990. Following their years in Germany, Roxanne and Greg were transferred to Washington D.C. where she served as Assistant United States Attorney for the District of Columbia. While living in Maryland, they welcomed their first child, Cydney Jayne. The young family later moved to San Antonio, Texas, where their son, John David, was born. While raising her family, Roxanne maintained a private law practice, substitute taught at Northeast ISD and was active with University United Methodist Church. Always eager to explore new horizons after her children graduated high school, Roxanne served as Assistant District Attorney (ADA) in Bexar County. While serving as ADA for the 106th Judicial District, she fell in love with west Texas and later set up a private practice in Lamesa in 2014. While in Lamesa, she was an active member of First Methodist Church of Lamesa and performed on stage with the Lamesa Community Players. Before retiring in 2019, she also worked as ADA for Henderson County in Athens, TX. While Roxanne was an accomplished attorney, her primary passion was her family. She loved fiercely and deeply and was the central figure in a small but loyal extended family. Lovingly referred to as “Sister,” Roxanne attended countless graduations, stage productions, cheer performances, sporting events or weddings of her brother, children, nieces, nephews and cousins--sometimes traveling hundreds of miles to do so. If a family or friend was ill, injured or in need, Roxanne never hesitated to be near those she loved so passionately. Her all-night drives to be with family or friends in need were legendary. Whenever asked, Roxanne was generous with her legal expertise and time. She was loyal, dependable, outspoken and unselfish in life and in work. When not working or helping others, Roxanne enjoyed scrapbooking and researching her family ancestry. She also enjoyed cross stitching and planning road trips. Roxanne loved old movies, long phone conversations, handwritten letters, vintage hats, a good novel, anything monogrammed, finding the perfect gift, and spending time with friends and family. While stationed abroad, Roxanne traveled extensively in Europe. Her love for travel never waned and she spent her last years actively pursuing her bucket list with a trip to Hawaii, a Russian cruise between St. Petersburg and Moscow and multiple road trips in the U.S. Ever the planner and optimist, at the time of her death, she was already packed for a family cruise. Roxanne is survived by her loving husband, Greg, and her beloved children, Cydney Jayne and John David, and her younger brother, Dr. Rick Cofer, Jr. of Waco, his wife Andrea and her nieces and nephew: Jordan, Taylor and Trey; and her cousins, Kimberly Maurer, Mauri Long and Priscilla Prather who considered her another sister. She also leaves behind a treasure of lifelong friends. She is preceded in death by her mother, Barbara Martin Cofer, her father, Dr. Richard Cofer, and both her maternal and paternal grandparents. “You never said I’m leaving, you never said goodbye. You were gone before we knew it, and only God knew why. A million times we needed you, a million times we cried. If love alone could have saved you, you never would have died. In life we loved you dearly, in death we love you still. In our hearts you hold a place that no one could ever fill. It broke our hearts to lose you, but you didn’t go alone. For part of us went with you, the day God took you home.” Author Unknown. The family will receive friends from 12:00pm - 1:00pm on Saturday, May 7, 2022 at J.E. Foust & Son Funeral Directors (523 S Main St, Grapevine, TX 76051). The memorial service will follow at 1:00pm. A celebration of life and lunch will be held at Farina’s Restaurant, 420 S. Main Street, Grapevine, immediately following the service.

Our beloved Roxanne Cofer Cox, age 67, passed away Wednesday morning April 20, 2022, at her home while undergoing treatment for pancreatic cancer. She was born on January 19, 1955, in Fort Worth, Texas, the daughter of the late Barbara Martin... View Obituary & Service Information

The family of Roxanne Louise Cox created this Life Tributes page to make it easy to share your memories.

Send flowers to the Cox family.